As those of you who have been following my overactive Instagram account  know, in June Charlie and I explored Peru. It was our first time in South America, and Peru has been on the top of Charles’s bucket list since before we were married. Honestly, almost every country is on the top of my bucket list, so I was pretty excited as well, and the trip was just as much of a dream as we had imagined. Excepting Charles’s brief bout with food poisoning and some mild altitude sickness symptoms, we couldn’t have asked for a better adventure vacation. 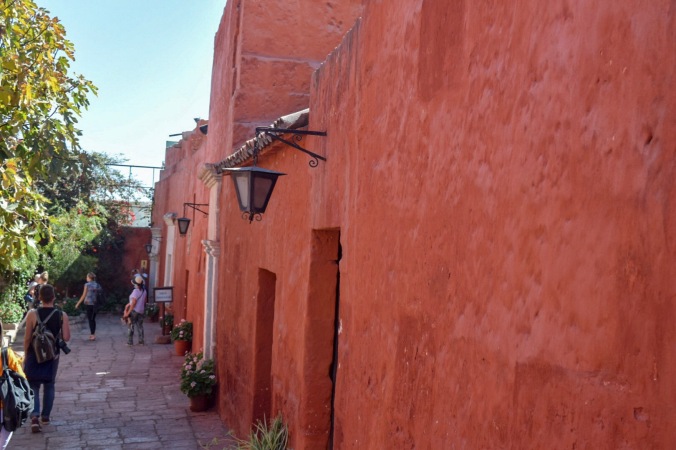 I’m dividing the trip up into several posts to highlight each region we explored, as well as some tips and tricks for planning a vacation to Peru as several of you have messaged me about what hotels we stayed at, what guides we used, how to arrange certain plans, the restaurants we went to, etc.

Time of Year to Go: We went to Peru right in the transition to their winter or “dry” season, which is also the beginning of their peak tourist season in the main tourist areas of Cusco and Machu Picchu. The perks? Ideal temperatures, plenty of options with tour guides and itineraries, and, in theory,  better weather – though with global warming the “dry” season has become less dry. In fact, we had significant rains and storms three of the days we were there, which would have been absolutely unheard of ten years ago.  The con of going during their winter, of course, is the increase in crowds as well as the increase in prices. Also, up in the north where Lima is situated, winter time means lots of foggy weather (in the summer, it is beautifully clear). Ideally, try to go during one of the “shoulder” seasons (right before or right after the peak season) to hopefully get the best of both worlds.

Look for Deals: We scored awesome ticket prices to Lima on a flight sale, and a few weeks ago I noticed they were on sale again. Keep an eye out for those deals on sites like The Points Guy.

Hotels: We also were able to stay in most of our hotels virtually for free thanks to travel points from SPG and Hyatt. Don’t worry about staying in one of these international “chains” – most of the ones we stayed at were unique, beautiful resorts and did NOT feel like your typical Westin or Marriott, etc, as you’ll see later on in my photos of the different hotels. 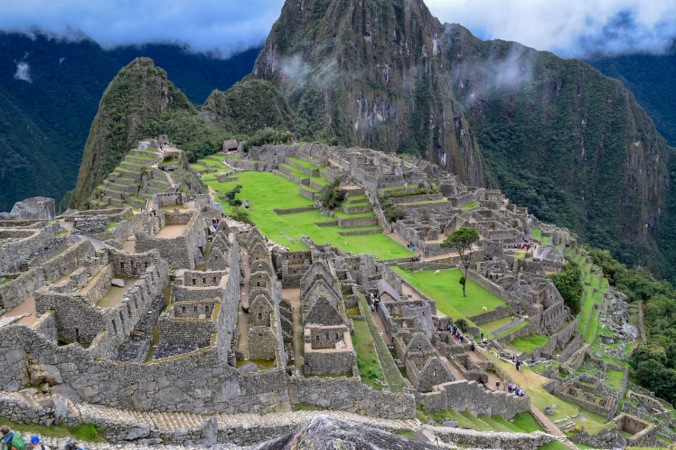 Budget: For the most part, Peru is very affordable – remember, you are visiting a third world country, so the conversion rate is in your favor here. Between saving money with cheaper meals and hotels paid for by points, we were able to splurge on other things we were excited about (i.e. our overnight train ride, which I will get to in another post!). Do keep in mind that Lima restaurants are more exclusive and therefore, more expensive.

Health and Safety: Again, Peru is a developing country, and is extremely rural, so as with any travel experience, you should stay aware of your surroundings and keep to areas that are frequented by at least some significant number of tourists. However, I found the people to be extremely welcoming and helpful without feeling forceful. I never felt unsafe, though in full disclosure, I am also not one to run off the beaten path without a local guide – if you like to go adventuring on your own, you might want to do more research ahead of time.

Health wise, I would check the CDC website for any recommended vaccines for the cities you are planning to visit. I know, for example, there are some more unusual vaccines for those who are visiting the Amazon regions. Since we stuck to the high jungle and coastal regions, the only vaccines they suggested had an overlap with the vaccines I got for my India trip a couple of years ago (the one I remember off the top of my head was Hepatitis A/typhoid).

In love with all the bright colors of Peru

We flew from Atlanta direct to Lima on a late afternoon, which was about a seven hour flight. Delta currently has one flight per day to Lima, and it seems to often get delayed (based on our own experience as well as several travel blogs and Trip Adviser reviews I’ve read), so plan to get to the capital city later at night than your itinerary states.  We originally had planned a nice dinner in the Miraflores region, but had to cancel as we didn’t get into the city until nearly midnight, and we had an early flight the next day for Arequipa.

I’ll talk about Lima more in my final post (we spent a couple of days there on the tail end of our trip), but the city is by far the most chaotic and crowded part of Peru – 10 million people live there, in a large country where the TOTAL population is 32 million. So think lots of big buildings, fancy restaurants and museums, but also lots of grungy areas and litter. 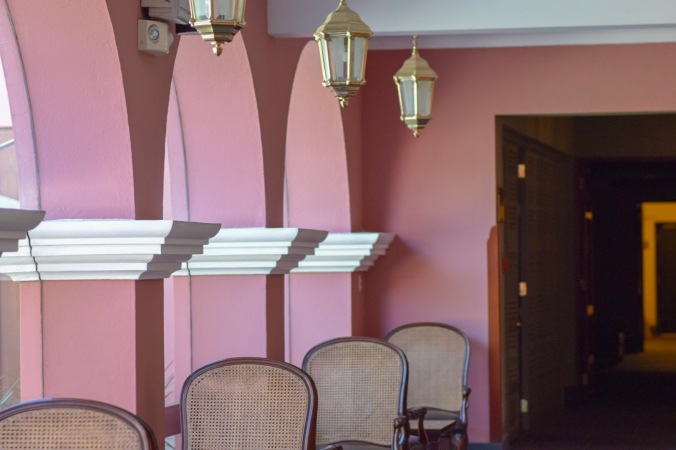 Anyway, we spent about six hours in our hotel,  The Westin Lima Hotel and Convention Center in the financial area of Lima, and most of that was spent reorganizing our luggage in preparation for our train trip (we were only allowed a small carry on-size suitcase on the train, and our main luggage was put in train storage during the voyage). We also took our first dose of altitude sickness med’s while chugging a gallon of water -Lima is at sea level, but Arequipa is over 7000 feet, and we quickly learned not to underestimate altitude sickness – and Charles finished the last of his work assignments before we spent the next three days without internet. Happy vacation to us? Needless to say, our first few hours in Peru were spent looking haggard and feeling loopy, and we hadn’t had a single Pisco Sour yet.

We took a quick 1.5 hour flight in the morning south to Arequipa, a city surrounded by three majestic volcanoes and basked in sunlight. As soon as we got off the plane and into the dusty exterior, I could feel my lungs working a good bit harder to get that deep breath in. Seriously, y’all, I cannot emphasize enough the need to stay hydrated the first couple of days you’re in higher elevation. I wish I hadn’t had to take the Diamox pills, because the medicine did suppress my appetite (and in a culinary-centered country like Peru, you want to be able to eat!), but because we jumped up in elevations so quickly during our trip we felt like the medicine was our only option to avoid a full week of misery. Ideally, if you can gradually increase your altitude over several days – say, by staying in Arequipa for a few days before moving on to Cusco- I would choose that path.

The Plaza de Armas in Arequipa, with a view of the mountains in the background.

Anyway, we dropped our bags off at our sister hotel, Hotel Libertador (who, by the way, were incredibly hospitable for letting us store our bags there for free when we weren’t even spending the night in their hotel as well as giving us free wifi and a place to nap/charge our phones in the late afternoon!) and headed to the city center, where we grabbed lunch at Zig Zag Restaurant.

Our first meal in Peru, complete with a bib

Finally, our first full meal in Peru, and it did not disappoint! We were seated on the second floor of the restaurant, on a covered balcony with a view of the manicured square.  Although I almost died climbing the spiral staircase to the second floor (remember, my lungs were in shock), it was worth the climb for the atmosphere.  I got to try my first bite of alpaca (good but not life-changing) and one of the dozens of famous varieties of Peruvian corn. This is one of the more popular and highly rated restaurants in Arequipa, and we both highly recommend it. 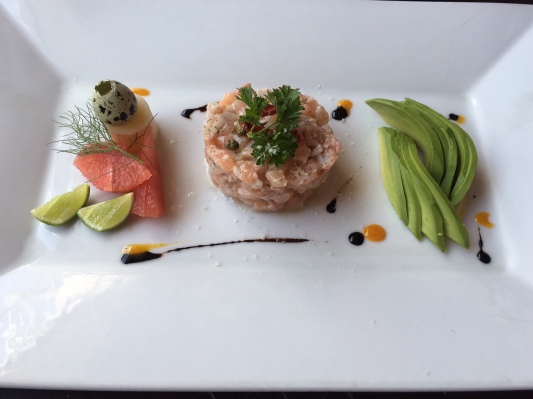 Afterwards, we were re-energized and ready to explore the city. We didn’t have enough time for Arequipa’s most famous attraction, Colca Canyon and the observation of the famous Andean condors, so instead we headed to a shorter historic site: the Monastery of Santa Catalina de Siena, a nunnery of the second Dominican order built in the 1500’s. 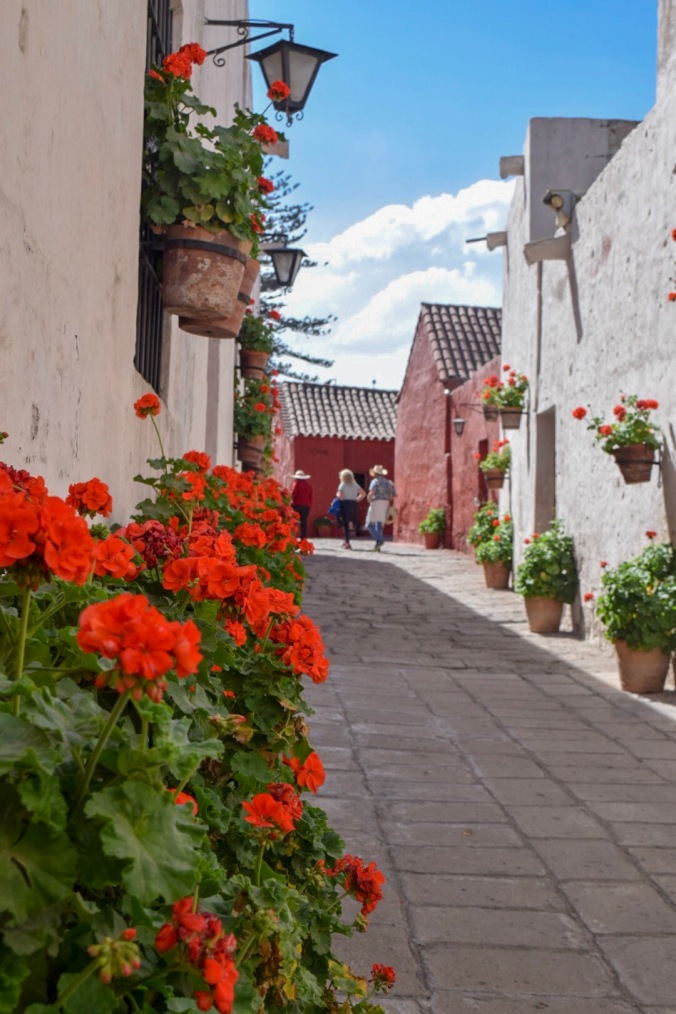 Wandering within the monastery walls

At the time the monastery was built, traditional customs held that the second son or daughter of an upper class family would enter a life of service to their Church.  The daughters even had to give a dowry to the Church, as they were “marrying’ their religion. The monastery is quite extensive – it is over 20,000 square meters large, filled with courtyards and rooms painted in vivid, brilliant colors and Moorish motifs, consistent with the Mudejar style. We spent a pleasant hour wandering among the gardens and hidden passageways throughout the monastery that survived two major earthquakes, as well as a charming modern cafe and shopping area the modern caretakers have managed to create. 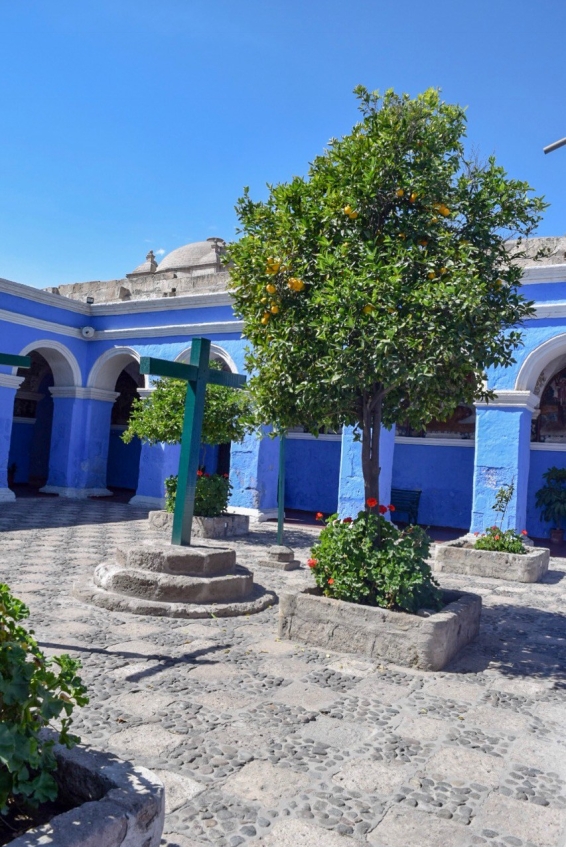 After the monastery, we headed toward the Plaza de Armas and entered the grand city Basilica. Built in the early 1500’s, the Cathedral has also survived several major earthquakes (though not without significant damage), as well as their large collection of gold and jewels. The cathedral also boasts an incredible view of the city from its roof and bell towers.  We were lucky enough to get a guided tour up to the top of the cathedral, though our entire tour group wheezed and nearly fainted from the climb up. It was worth the near heart attack for a view of those three volcanoes, though: Misti, Pichu Pichu, and Chachani. 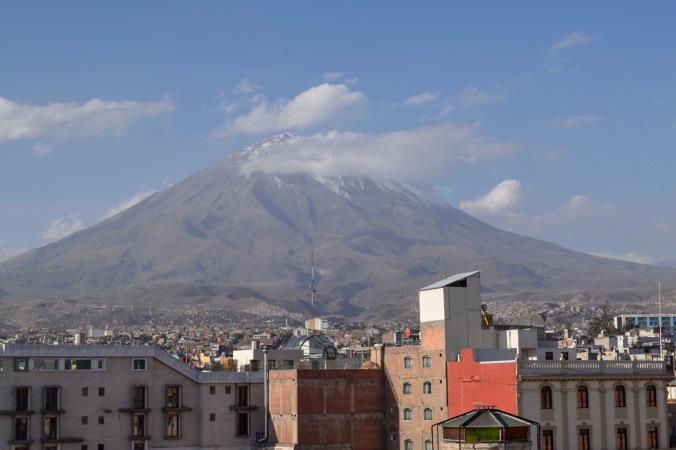 One of the three volcanoes of Arequipa

What a view from the bell tower of Arequipa’s main cathedral!

After that work out, we decided to head back to our stored luggage and take a quick nap in the hotel lounge before heading to our next adventure (and the one we looked forward to most): The Belmond Andean Explorer train ride!

Talking all about that locomotive in the next post… in the mean time, let me know all of your questions about Peru, whether it’s about restaurants, packing tips, or hotel questions! 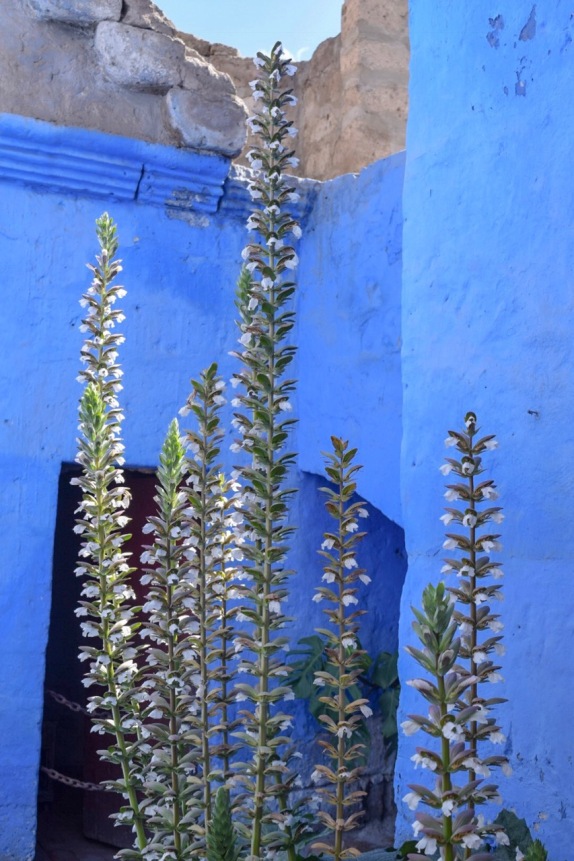 3 thoughts on “Peru Expedition, Part One: Getting there + Arequipa”