This weekend I’ve been reading a road trip story called The Last Days of California by Mary Miller. Although so far it’s been a fun rollicking story to read, this post is not a book review.

Instead, it’s about my own road-trip story. Reading the book has reminded me of all the adventures from that trip, though one rather creepy encounter sticks out the most.

The summer before I moved to Boston in 2011, my childhood BFF and I were a bit bored and looking for a way to fill our summer days. One afternoon while talking on the phone, I jokingly suggested we go on a cross-country road trip to see friends and cross some of the Great American Sites off our bucket list. Somehow, the idea evolved into a serious goal and before we knew it, we were planning out our itinerary and creating a packing list.

We minimized our hotel and food expenses by staying with friends as much as possible in Nashville, Kansas, and Colorado so that by the time we got to our biggest bucket list destinations (Jackson Hole, Wyoming, and northern California) we wouldn’t feel guilty about staying in charming little bed and breakfasts.

Seeing my first real tumbleweed in New Mexico, the redwood trees in California, and Yellowstone National Park in Wyoming were all wonderful and exciting experiences, but one of the most memorable moments of that trip was our search for a rest stop in rural California.

Here’s what happened: we were driving the historic highway 101 from the Redwood Forest to San Francisco, where we would be staying with some friends of mine from college. We had woken up extra early to make the long drive (y’all, in case you didn’t know this, California is a big state) so that we could enjoy some of our time in San Francisco during daylight, and the roads were nice and empty. It was just two 22-year-old’s and the open road.

Now, before I made this trip I thought of California as one big city or ocean view after another (ignorant, I know), but there’s actually long stretches of dusty hills and rural farmland. We were looking for a rest stop to stretch our legs and grab a snack, but none of the highway exits promised anything but more open fields and stray dogs. We finally passed an exit sign that indicated a gas station, so we thankfully pulled into the right lane.

HOWEVER. The gas station was completely boarded up and abandoned. Instead, a stretch of buildings including a produce market and a saloon lay before us. None of these buildings seemed particularly well-maintained or promising, but the doors of the saloon were open and we were desperate for a bathroom, so we decided to park and head in. 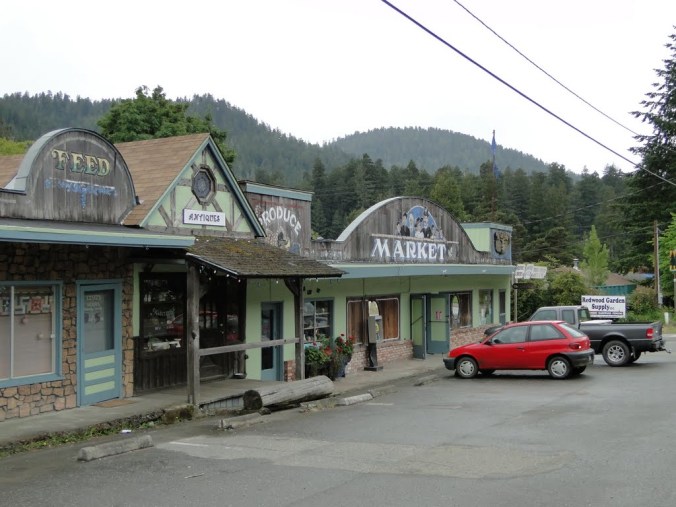 As we approached the doorway of the bar/restaurant, we were suddenly surrounded by a swarm of aggressive genetically-modified flies that had housed themselves right in front of our only access to a ladies’ room. That buzzing attack should have been a red flag right there, but those extra-large cups of coffee we had consumed two hours earlier had made us desperate. So nevertheless, we persisted.

Have you ever listened to the podcast My Favorite Murder? The one where these two girls recount all these American serial killers and abductions and etc? I’ve listened to far too many of those episodes (and on the nights after I’ve listened to an episode, my poor husband has to deal with me waking him up every ten minutes to ask, “what was that sound?!?!” and “what if someone breaks through our seventh story apartment window?!?” and “how do you fend off a serial killer?” Bless him.), and almost every single murderer they reference is based out of some random rural town in California. After entering this saloon, I now understand how that’s possible…because small town Cali is freaky AF.

My first impression was the strong stench of stale, rotting food. The room was so dark and dusty that it took my eyes several seconds to adjust to the sudden change. Once I began to perceive what was inside, however, I regretted it. A large taxidermied and indistinguishable animal was propped against the wall in the hallway, along with several dirty beer glasses lying haphazardly on the floor. The ceilings were grimy and had random wires falling down. Immediately my Spidey Senses went off in full force. However, I could tell by the hairs on the back of my neck standing up that we had already been spotted.

I look over to our right, where a bartender with long, scraggly black hair was staring at us. The one middle-aged bar patron in the place, wearing a stained baseball cap, had also turned around, and was smiling…but had absolutely zero teeth. I was staring at a grin full of gums.

I felt like I had entered the opening scene of a horror film (later I would realize I had merely gotten a preview of my second year denture class).

Heather and I quickly looked at each other with wide eyes, but at this point we were committed. I remember stuttering out something along the lines of, “uh, have restroom, uh, do you?” The bartender silently pointed in the back, where piles upon PILES of dirty dishes with ketchup residue lay on the back bar, the pool tables, and the floor. Was this place even actually still in business? I wondered. As we walked toward the bathroom doors, another hallway of the bar came into view that was stuffed with beat up toys, broken lawn mowers, rusty beach chairs, and even (I swear I’m telling the honest truth) a CLOWN MANNEQUIN.

The sight of the clown broke me.

“Should we run?!?” I hissed at Heather, whose eyes kept darting back and forth. At the same time, the bartender called out, ” ‘S only one stall.”

Well, at this point we might as well see it through. We really had drank a ton of water.

I let Heather go in first, though quite frankly at that point I was tempted just to go in there with her to get away from those two pairs of eyes looking back at me.

“Y’all going to see the Redwoods?” the bartender called. Toothless man apparently found that witty, as he laughed to himself and took a sip of his beer (it was around 10 in the morning, by the way).

“Uh huh,” I responded, trying to avoid any eye contact and instead stared at the piles of yarn sitting at a nearby table and praying no rodents were hidden underneath. I debated casually mentioning that my father was waiting in the car for us, kind of like how I would tell boys in kindergarten that my dad would beat them up if they bothered me on the playground. But I decided I didn’t want to risk them calling my bluff. For the first time in my entire life, I regretted that I didn’t have a license to carry.

“Where y’all from?” the bartender tried again, brushing his hair back, but by that time Heather had opened the bathroom door and I scurried in, mouthing “DONT TALK.”

Inside, the bathroom was almost creepily clean. It looked like a homey farm-style bathroom, with pink ruffled draperies and a gilded mirror and everything. And classical music was even playing in the background. The bathroom was so incongruous to the rest of this destitute bar that it scared me even more. Maybe this is where they take their victims to be sedated, I thought. Maybe the clown wasn’t actually a mannequin but an actual man hiding in disguise and he waits until his victims are at their most vulnerable, ON THE TOILET.

Let me tell you, I have never been so speedy in a bathroom any other time in my entire life.

As soon as I exited the bathroom, we raced back to the front door, walking as far away from the main bar as humanly possible.

“Not even gonna stay for one round?” Toothless Man called out to us as we passed, grinning again. I swallowed back my yelp as Heather politely responded, “No, thank you,” and we swatted our way through the tunnel of flies back to the safety of our Nissan, both feeling like we had narrowly escaped death.

I realize I might sound a bit melodramatic over this story. After all, ultimately we got out of there safe and sound. I guess nothing really happened, besides the emotional trauma (I still occasionally have nightmares about that dang clown). The two men we encountered are quite possibly the most cultured and sophisticated gentlemen in all of California and I simply was a superficial, paranoid jerk.

However, we weren’t the only people who had a creepy experience in this bar.  A couple of years ago I did some Google searching to remember the name of this cursed town, and I discovered the travel blog Walking to Mexico mentions this VERY SALOON and its creepy patrons. The writer also felt uncomfortable in the bar and quickly exited the place. However, they were braver than me and snagged a picture of the bartender:

JUST TELL ME you wouldn’t be a little nervous too. I also discovered via another website (currently can’t find the link in my old bookmarks list, but it’s legit) that the single motel in this area was featured in several “most haunted hotel” lists, so basically I think Heather and I found the west coast Twilight Zone.

Although the rest of our trip was filled with hikes, scenic mountainsides, and even a dust storm in Arizona, I still love telling the Saloon bathroom story best.

Anyway, we continued on our roadtrippin’ adventure and swore we wouldn’t use another bathroom until we hit San Francisco.

We had to stop a mere half hour later.

Anyway, moral of this story is: 1) take a road trip with your best friend at some point in your life, 2) never use the restroom if the locale uses clowns for decor, and 3) if you do, make sure it’s a good story for future dinner parties and blog posts.

We lived to tell the tale. 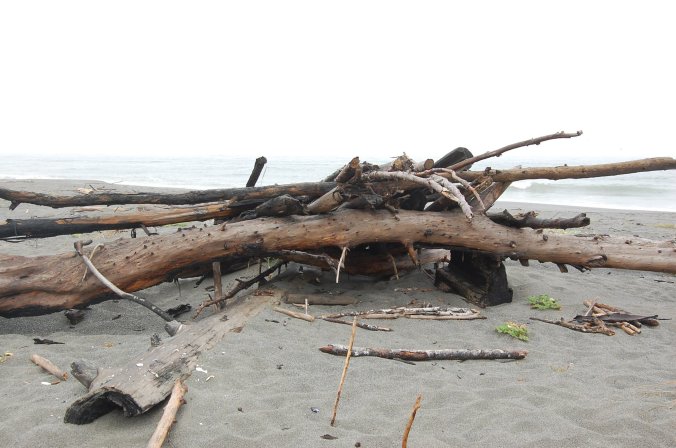 (P.S. I left out the actual city name on purpose, but if one of the 300 residents of this city reads this post and is offended, I apologize here in the hopes that no clown decides to terrify me).

Thoughts on the books I love and the weight they carry in my travels and daily life.
Join 360 other followers