Last month, Charles let me tag along on a work-related road trip to Kentucky. As usual when I’m about to head to a new city, I spent hours researching and planning all the adventures I would have while Charlie boy was stuck in meetings. I maybe had even let my OCD self go wild by creating an hour-by-hour itinerary based on site locations.  I wanted to make sure I had time to tour the Derby Museum, the 21c Museum hotel, and walk along Waterfront Park.

…none of these things happened.

The trip coincided with the “snow storm” that hit the South this January, and although Kentucky didn’t actually get hit with a lot of snowfall, it was absolutely frigid there. With the windchill, it was -9 degrees, and since I would be without a car and would need to walk (or Uber) everywhere, some of the outdoor and out-of-the-way tourist sites had to be nixed from my list. Plus, I seemed to have developed some sort of sinus congestion/cold virus that week; nothing that was serious enough that I could make a legit excuse to lay in bed all day, but enough to make me feel like that’s all I wanted to do.

And you know what, reader? That’s (basically) what I did. 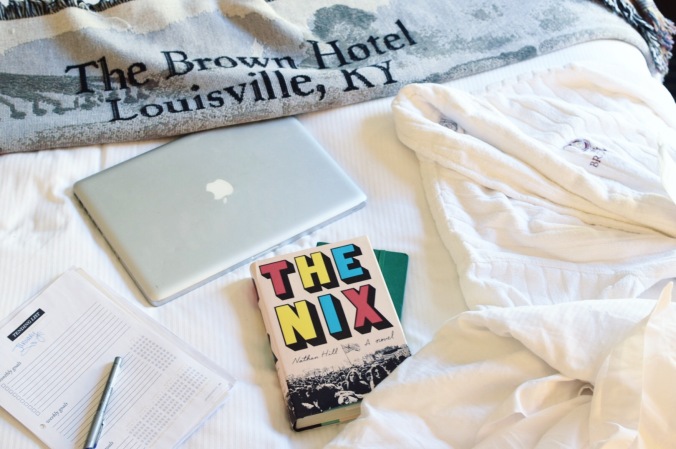 Charles and I spent the weekend at The Brown Hotel, a gorgeous historical Louisville mainstay dating back to the 1920’s.  It houses a well-known lobby bar and three restaurants which all serve the infamous Hot Brown (more on that later).

So while Charlie boy spent the day getting #lawyered, I spent a delightful morning curled up in our hotel room sofa, reading and snacking on room service. Eventually I ventured out of my room for a small work out and then explored the hotel, taking way too many photos of the gorgeous lobby area while the bar pianist played jazz music. I felt like I had stepped back in time and half-expected Zelda Fitzgerald to pop up at any moment like in Midnight In Paris.

That night, Charles and I had a ramen dinner at Milkwood  (absolutely delish, by the way) and then returned to the hotel bar, where we tried bourbon Manhattan’s and, at the end of the night, the famous Hot Brown. This is a dish created by the original chefs of The Brown Hotel restaurant, and it was often ordered as a late-night menu after a night of dancing at a wedding or party. The dish is basically toast in a creamy sauce and covered with turkey, bacon, tomato, tons of Romano cheese, and a thick gravy. In other words,prepare yourself and wear your elastic waistband pants when you order this monstrosity.  It’s just as delicious (and dangerous) as I imagined, and if you’re willing to risk the potential heart attack, it’s worth it. You can also make the dish at home using this recipe. 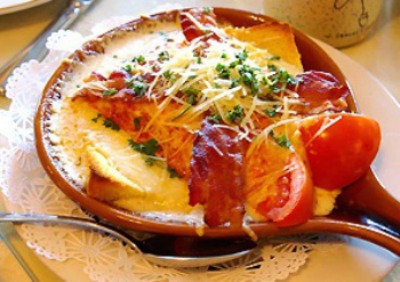 The next day, Charles and I did actually manage to venture out together in the cold to work off some of that Hot Brown (though not for long). As on any trip, I am a brat and demanded we find the best independent bookstore in town, so we stopped by Carmichael’s bookstore to explore the shelves. I picked up a copy of The Sport of Kings by C.E. Morgan. As it is set in Kentucky and is, to some extent, about horse racing, I figured this would kinda-sorta-not really make up for the fact that I did nothing cultural in Louisville. I’m in the middle of this book as we speak and thus far no regrets for forking out the $25 for this book.

So, I definitely loved our trip to Louisville, even if it wasn’t my typical action-packed road trip weekend! The hotel was a kind of historical site in and of itself, so we weren’t COMPLETELY lame. Plus, sometimes it’s fun to just have a lazy weekend in a fancy hotel! 😉

We do want to make another trip to Louisville in the future, when we can ACTUALLY explore the city – what should be on our cant-miss list? What should we skip? Let us know in the comments below!

City runs 🏙
When your human isn’t giving you enough attention. That #royalkitten life
Let’s do it all over again. What a decade together.
Joyeux Noël to all my fellow Francophiles 🎄. Cheers to the most delicious time of year! #buchedenoel #christmastreats
Follow Green Gables State of Mind on WordPress.com
%d bloggers like this: