Time for cozy nights by the fire place and in the warm heated movie theater. All of a sudden there is a chill in the air here in Atlanta! We even have a slight chance of snow this weekend. I love how stressed Southerners become over the chance of a little snow…the entire city shuts down!

For some reason, winter weather makes me crave nights spent with a bowl of popcorn and a good movie on the screen. Luckily, this is prime season for some of the best movies of the year to be released. Here are the top eight movies I’m interested in seeing or have seen already this season: 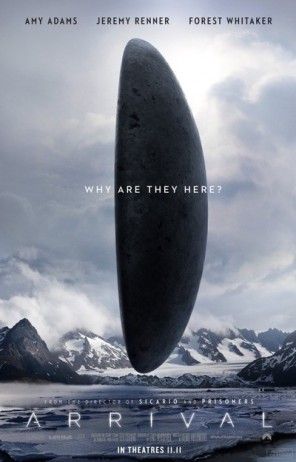 This movie came out back in November, and my husband and I loved the storyline. Linguistic professor Louise Banks joins a governmental team to try to communicate with Earth’s new neighbors: aliens on a mysterious spaceship, one of 12 that half landed in various countries throughout the world. As the scientists and military men try to find a way to communicate with the extraterrestials, the Earth grows increasingly anxious and violence is an imminent risk. The issues of communication and conflict are especially relevant in today’s political climate! Though it is sci-fi, this movie is incredibly well done and the music is spot on.

Based on the nonfiction book published in the fall of 2016, the story follows the women behind NASA’s mission to launch John Glenn into orbit. I am obsessed with outer space, as well as interesting side-stories of history that aren’t often told, and this one sounds right in my wheelhouse! Besides, I always enjoy movies based on books!

Like many young women, I grew up idolizing Jacqueline Kennedy Onassis’ style, so this gorgeously costumed movie is perfect for someone style-conscious as well as interested in American history. Following her husband’s tragic assassination, Jackie must pull herself together to make arrangements and create a lasting legacy of her husband’s accomplishments. 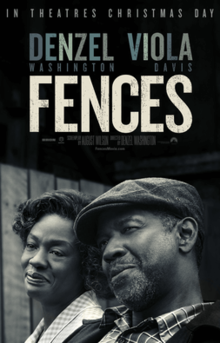 Yet another literary-based movie!  Fences is originally a play written by August Wilson, one of his well-known “Pittsburgh” plays about the race relations and experiences of African-Americans at this time. Troy, the patriarch of the family who struggles to provide for his wife and son, had dreams of playing Major League Baseball but was determined to be too old by the time segregation laws had lifted. Frustrated and disappointed by his life events, Troy watches his son begin forming his own aspirations and struggles to support him. This movie is going to be an Oscar contender for sure!

5. Manchester By The Sea 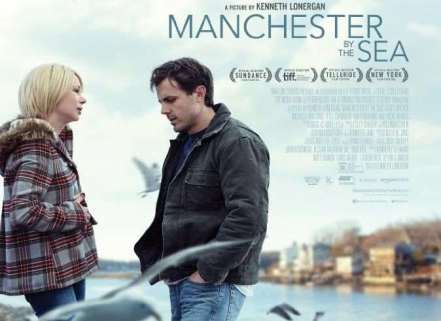 This movie is getting all kinds of buzz! Plus it’s set in my old haunt of Boston so I’m already charmed by this film. Casey Affleck plays a cranky antisocial young man whose brother suddenly passes away, leaving Casey guardian of his 16-year-old son. I’m interested to see how this character drama plays out.

Based on the book by Patrick Ness published in 2011,  the movie centers around 12-year-old Conor, who is grappling with his mother’s illness as well as school drama. He finds a most unlikely ally when a Monster appears at his bedroom window. The Monster leads Conor through a journey of grief and hope. I haven’t read this book yet, but the premise sounds absolutely captivating, and the movie has a stellar cast!

This film is a story about finding your family, and is supposed to be a total 5 kleenex movie (my phrase for “extreme tear jerker!”). Five year old Saroo gets lost on a train in India, and he ends up thousands of miles away from his family or anyoen he knows. Two decades later, he is determined to find his family and uses technology like GoogleEarth to track his parents down. The movie is supposed to be beautifully shot, and grapples with our ideas of family and identity. Can’t wait to check it out!

Saving the best for last! This movie is pure technicolor delight. Slyly playing on the seasons of the year (which are always sunny and warm in L.A.), this dreamy story is a love note to old Hollywood glam, while keeping true to its modern-day timeline. Mia, an inspiring actress who is getting frustrated with her constant rejections, keeps bumping into Sebastian, a jazz musician with strict rules on what the “right” kind of jazz music is. Together they work to achieve their dreams while also paying the bills and keeping their romance alive. The music is inspiring, the costuming and cinematography is breathtaking, and the dialogue is sparkling. This movie deeply moved me and I’m recommending it to everyone who will listen to me (and even people who don’t). RUN to your nearest movie theater and see it now!

That’s my movie bucket list, folks. What are you excited to see this winter/spring?

One thought on “8 Movies to Watch This Winter”

City runs 🏙
When your human isn’t giving you enough attention. That #royalkitten life
Let’s do it all over again. What a decade together.
Joyeux Noël to all my fellow Francophiles 🎄. Cheers to the most delicious time of year! #buchedenoel #christmastreats
Follow Green Gables State of Mind on WordPress.com
%d bloggers like this: