One of my favorite activities in Jaipur wasn’t the Amber Fort or the City Palace (though both were also wonderful!). Instead, it was visiting the Galtaji Temple, also known as the Monkey Temple. 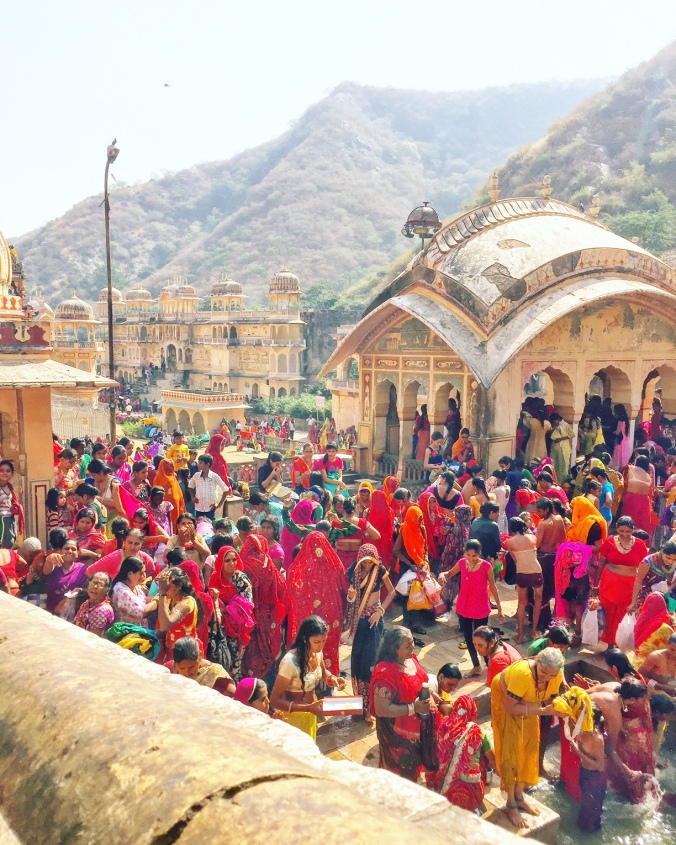 Galtaji is an ancient Hindu pilgrimage site about 20 minutes outside of the Jaipur city center. To get there, we drove along a long and winding road, with small houses and a wide array of animals lounging along the highway. It was so nice to contrast the bustling, frenetic energy of Jaipur with the calmer activity of the outskirts. That is, until we got into a traffic jam on the slim road! Apparently we had come to the temple on a major holy day, and we were able to witness an Indian celebration in all its crowded glory. 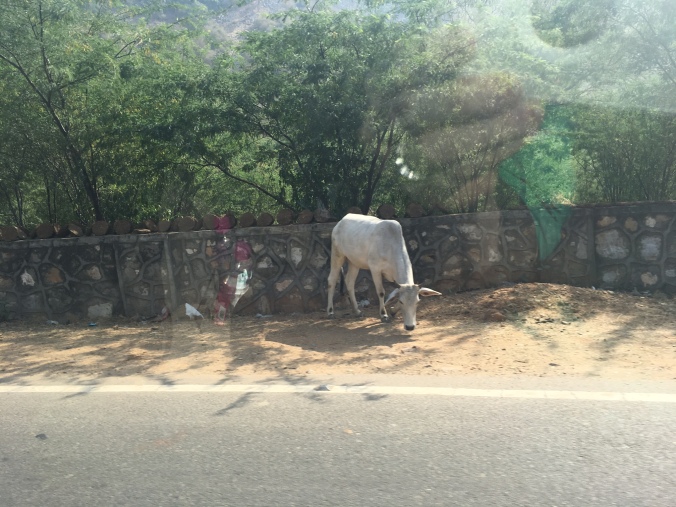 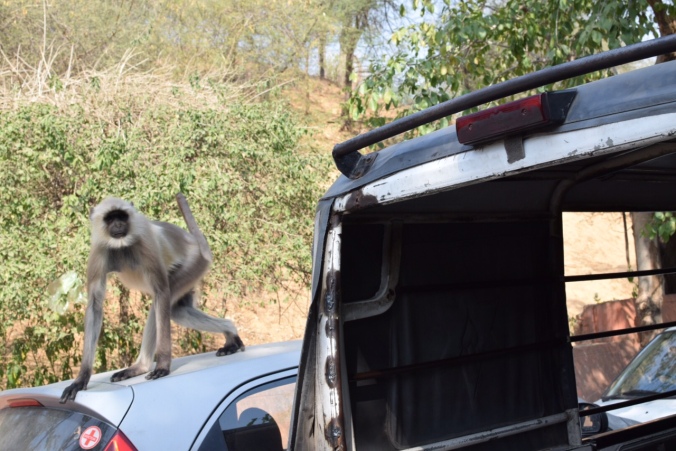 monkeys crawling over the cars!

According to Wikipedia, the site is series of temples nestled among a cluster of hills. A natural spring emerges high on the hill and flows downward, filling a series of sacred kunds (water tanks) where pilgrims bathe. The visitor or pilgrim ascends the crevasse, continuing past the highest water pool to a hilltop temple from which a magnificent view of Jaipur and its fortifications spreads out across the valley floor. It is believed that a Saint named Galav lived here, practiced meditation, and did penance (tpasya). 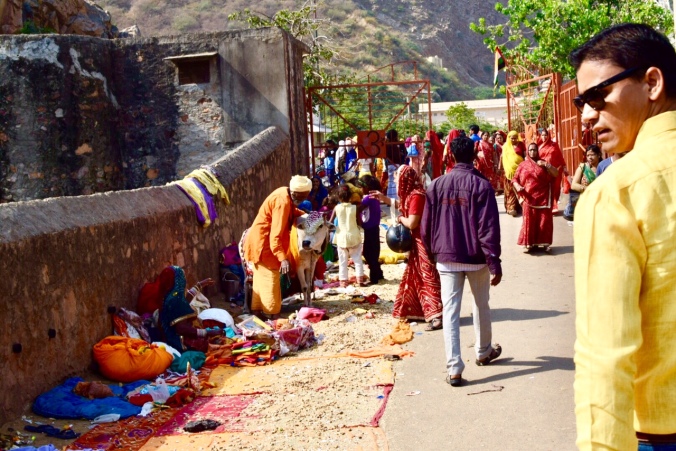 Walking along the entrance to the temple 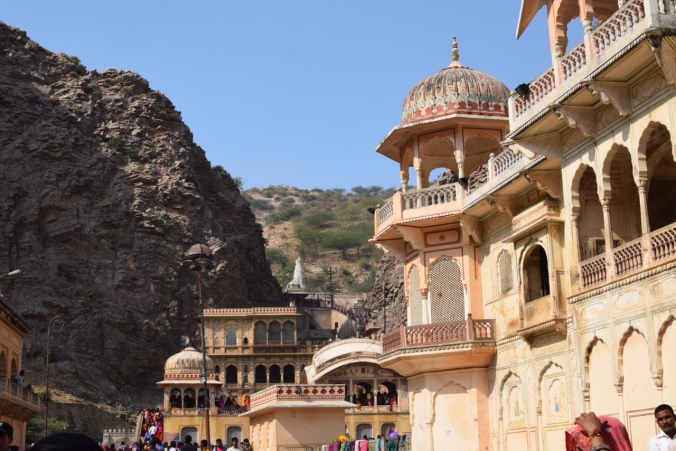 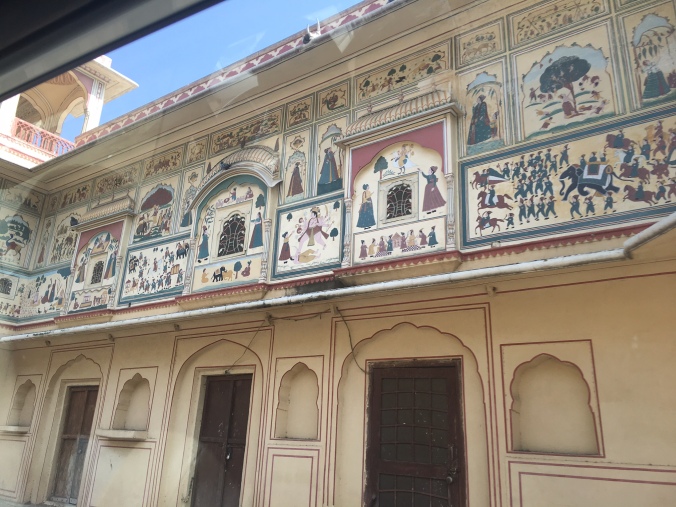 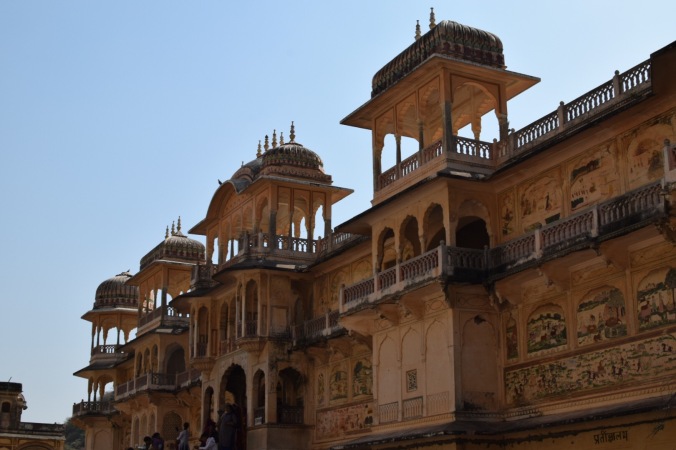 Y’all, coming to this special site was absolutely beautiful. All the colors from the various saris, the people coming together to celebrate life and bathe in the holy water, was a powerful image. The colors and chaos were a symbol of how energetic and vibrant this country is. My dad and I were blown away by the beauty of this place. 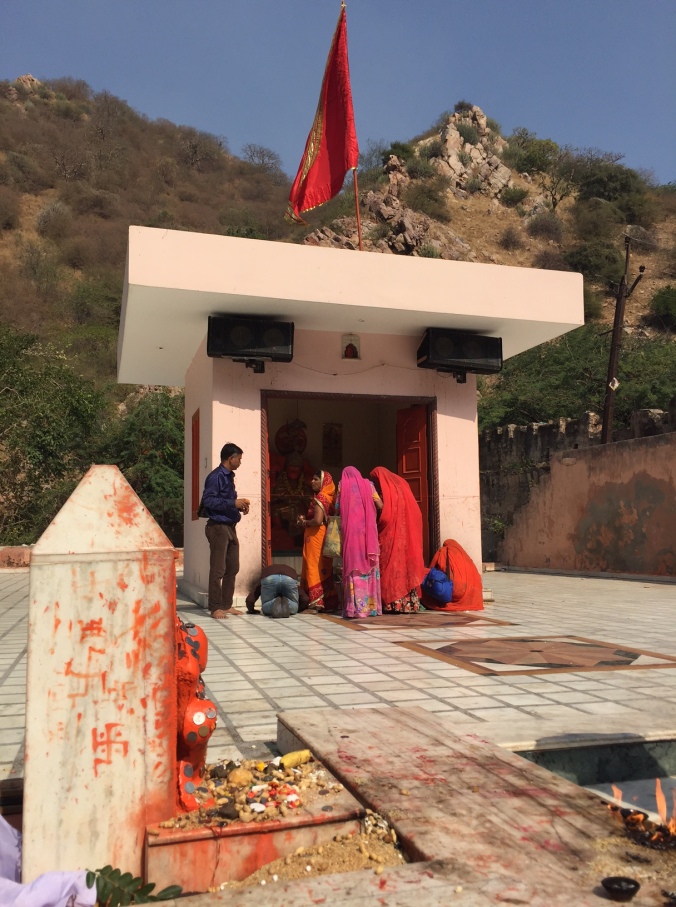 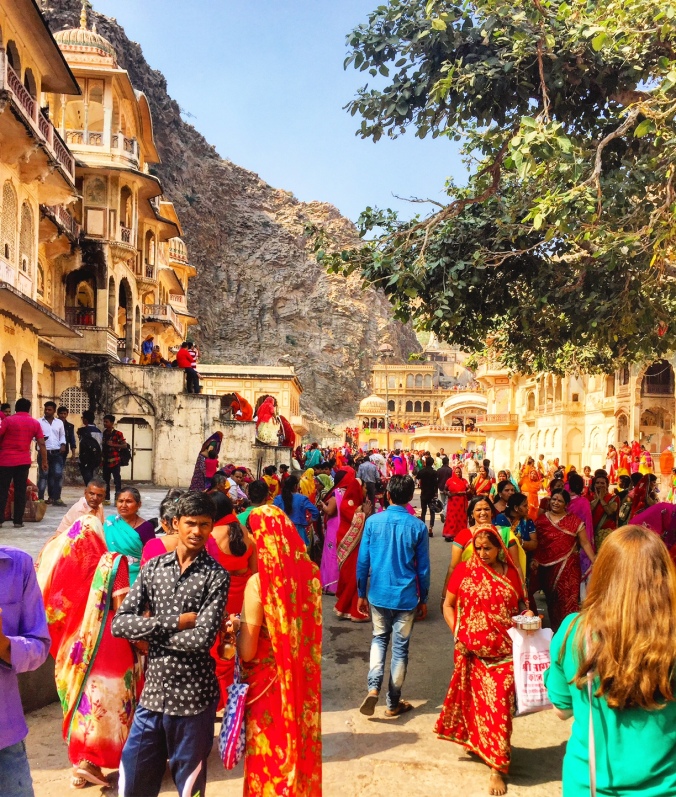 The people were so welcoming as well. Being fair skinned and red-headed, I naturally stood out in the crowd. Instead of feeling left out, the women welcomed me and even gave me a tikka sign on my forehead at one point. It was so nice to participate in the excitement! 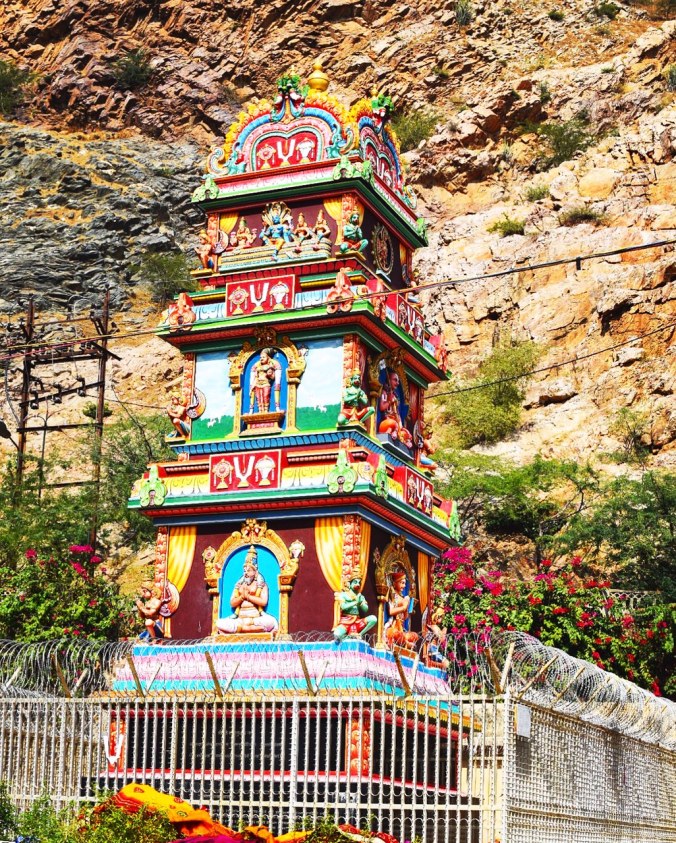 Please take the time to go on an outing to Galta Ji if you travel to Jaipur! A wonderful way to interact with locals in an unintimidating environment. 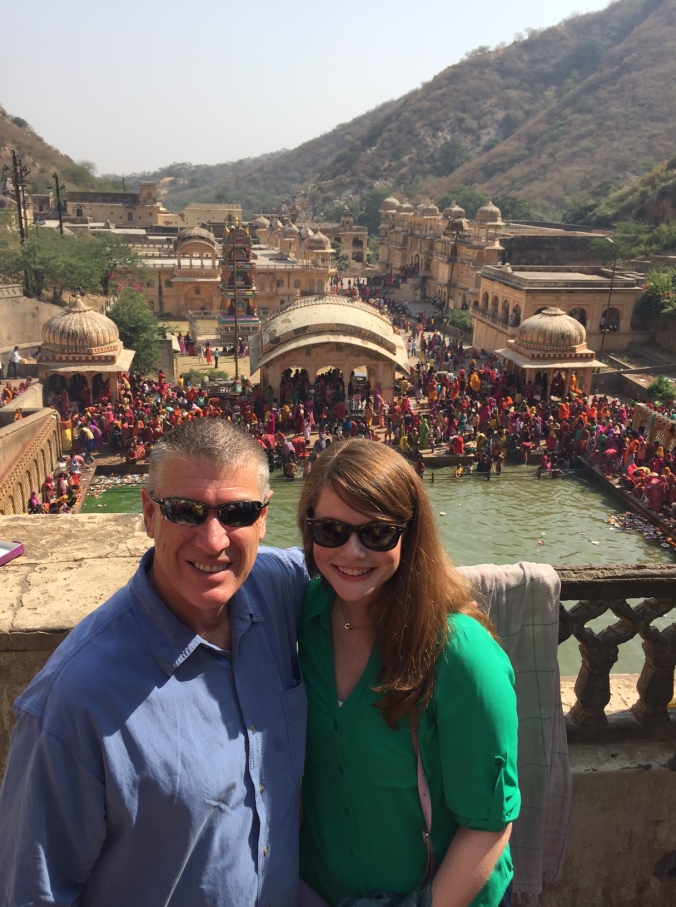 You can read more about my India Adventures here!