This weekend was pure magic, y’all. We finally got a little chill in the air down here in Georgia, so I can actually say it fees like fall! I got to spend my Friday with old friends, my Saturday with family in a scenic college town, and my Sunday doing nothing but READING. I truly couldn’t ask for more.

Although I didn’t get to participate in the Dewey’s 24-hour Readathon this year, I still finished a couple of books, including the first in the now-infamous Neapolitan novels, My Brilliant Friend. Let’s discuss: 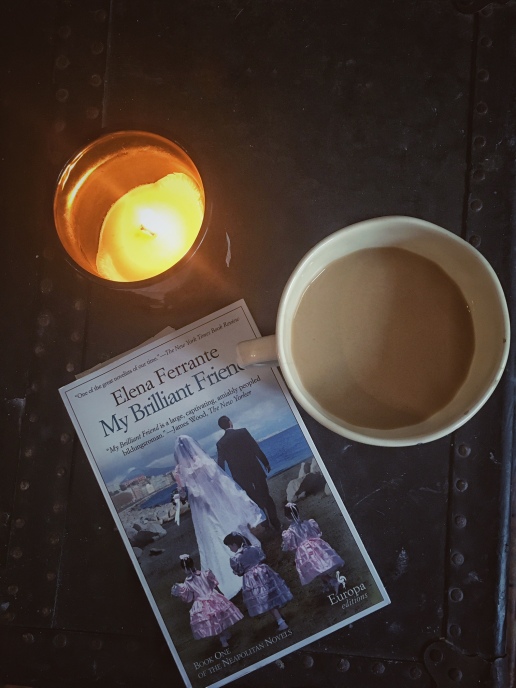 Author: goes by the pen name “Elena Ferrante;” however, there is a mystery surrounding the true author’s identity. You can read a little more about the controversy here.

The novel centers around two young girls, Lila and Elena. The story is told from Elena’s perspective and describes their constantly-evolving friendship throughout their childhood and teenage years in a poor town in 1950’s Naples, Italy. The story is set during a time of sweeping change in their nation, which you get hints of throughout their story (and I have a feeling the later novels in this series will delve deeper into this issue). Lila and Elena both are bright girls who seemingly both love each other and are envious of each other’s talents; since we hear more from Elena, we hear how she constantly measures herself against Lila’s seemingly brighter intellect and talent. The story centers on class, intellect, and gender at a time when many changes in thought were occurring on each of these issues.

The first description that comes to mind, for me, is “palate cleanser.” This book doesn’t play around with tropes or ideal-marketing characterizations. There are no gimmicks in this book, no well-trodden twists or ridiculous cliff-hangers to make me roll my eyes. The story is meticulous in detail and has no shame in letting the characters be pre-occupied in issues teenagers care about – acne, the prospect of glasses, bad words, boyfriends, etc. There’s an element of “tell, not show” here, breaking the very basic rule of what Novel Writing 101 is, but yet it somehow works in this book style. The girls’ trials and tribulations of their childhood kept my interest throughout the novel, and I was emotionally invested in their well-being: who would Lila end up with? Would Elena continue going to school? Why was Lila wasting her intelligence?

“Nino has something that’s eating him inside, like Lila, and it’s a gift and a suffering; they aren’t content, they never give in, they fear what is happening around them.”

However, let me be clear: this book also was not a page-turner for me. I was never bored to the point of giving up on the book, or even close to it; I cared about the characters and what happened to their families. However, I did find certain chapters dull and was a little confused at what made this book as “addictive” as many people have described it. Perhaps reading the other novels in the series makes you appreciate the first one more? I definitely enjoyed this initial story enough to try the sequel.

Did anyone else feel this way? Do you suppose it could be the translation of the book? I do appreciate a little more sentimentality in my writing (i.e. I prefer Dickens over Hemingway…brevity does not appeal to me as much as purple prose) so I’m wondering if that’s the issue. The few lines that were more sentimental really gripped me.

“At that moment I knew what the plebs were . . . .The plebs were us. The plebs were that fight for food and wine, that quarrel over who should be served first and better, that dirty floor on which the waiters clattered back and forth, those increasingly vulgar toasts. The plebs were my mother, who had drunk wine and now was leaning against my father’s shoulder, while he, serious, laughed, his mouth gaping at the sexual allusions of the metal dealer. They were all laughing, even Lila, with the expression of one who has a role and will play it to the utmost.”

…Can I give it a slay-ish?? I think the author achieves exactly what she wanted to accomplish, and in a sophisticated way. I just don’t know if the style was perfect for me personally…though it wasn’t a failure either. Ok, so I have some mixed feelings I still need to sort out for this book, clearly!

P.S. Anyone have suggestions for some good Halloween/fall reads besides the predictable Dracula,Frankenstein, or Stephen King novels? I can’t read horror, I like more suspenseful/mystery type books for this weather, especially if it’s set in England or the deep south (I know, this is specific). Think Agatha Christie or Sherlock Holmes, or maybe fantasy-like books like Harry Potter or The Night Circus. Thanks in advance, y’all! 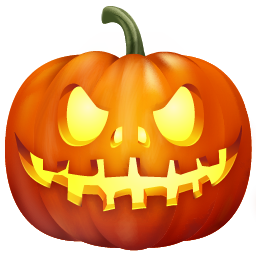 6 thoughts on “Review: “My Brilliant Friend””