TGIF, y’all! What are your plans for the weekend? I’ll be working on getting this new apartment organized while sipping on some wine, and hopefully some more brainstorming for improving this little blog space of mine 🙂 (please let me know of any suggestions!).

But first let’s kick the weekend off with some fun activities to add to your bucket list.  Here are a few of my favorite sites to see and things to do in Budapest:
1.  Climb Gellert Hill

Named for Saint Gerard who was thrown to death from this Hill in the Middle Ages (gruesome, I know), Gellert Hill offers breathtaking views of both Buda and Pest.  Take snapshots of you and your family, and check out the powerful statues adorning the hill.  One statue, the Liberty Statue (the Hungarian version of USA’s Lady Liberty) has served as a symbol for Hungary both for its independence from Nazi occupation and, after the fall of Communism, for general independence and liberty.  She also looks like the world’s largest beer bottle opener from some angles… 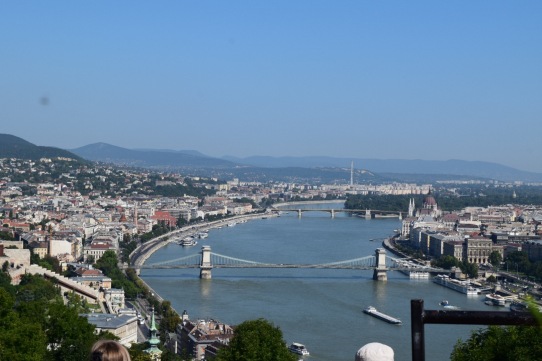 Buda and Pest in one shot

When I first read about Budapest infamous thermal baths, I dismissed them as your average community pool.  However, spending a day at the baths is a major social custom for Hungarians, as well as a fun outing. 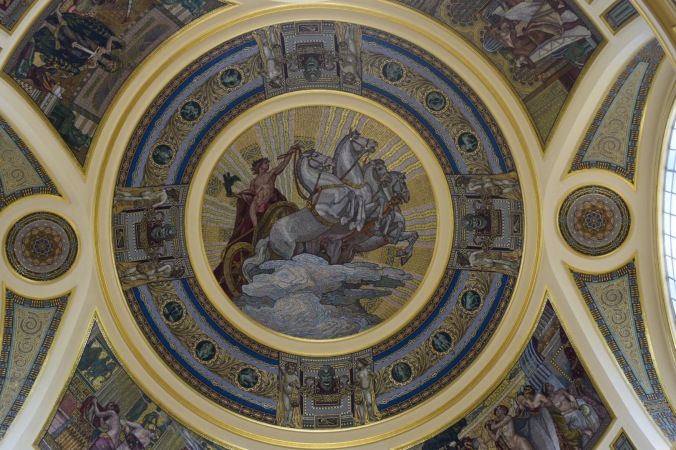 Budapest is covered in thermal springs, which is why they have so many of these thermal baths reported to have healing properties.  Rooms for massages and physical therapy sessions (if given a note from your doctor) are available, as well as manicures and other spa-like treatments.  In the Gellert Bath specifically there is even a wave pool!  Besides, the buildings themselves are gorgeous.  Check them out! 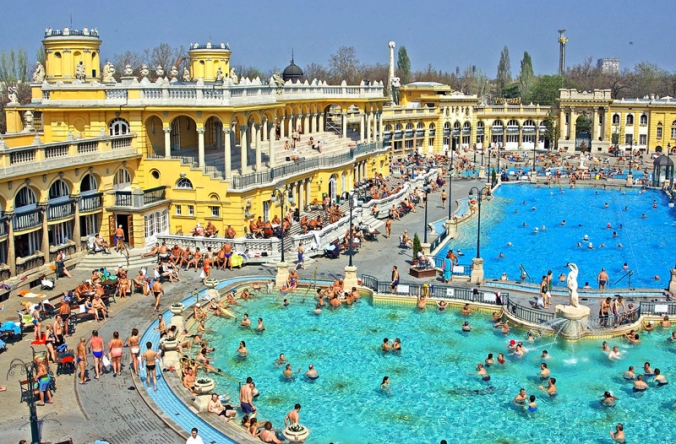 Cafes are an integral social spot of Hungarian life.  We chose a glamourous, albeit slightly touristy, location at The New York Palace Cafe.  It was filled with old school glitz, and we whiled away a couple of hours sipping on our lattes while planning our next sight-seeing adventure.

You don’t have to choose such an upscale spot to relax, however. The entire city is lined with cafe’s to grab your caffeine fix, or even a cocktail. 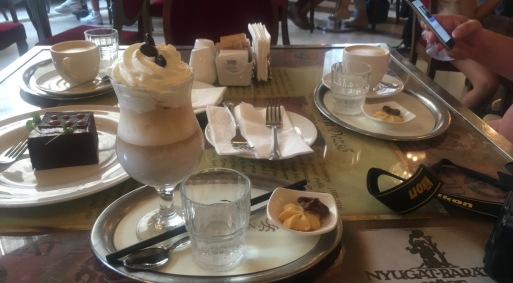 The most elaborate “iced latte” I’ve ever ordered

4. Take a Trip to Memento Park

Although it’s a bit out of the way, I recommend a trip to Memento Park if you’re interested in Communist history, or even if you just enjoy taking selfies with statues like we do! 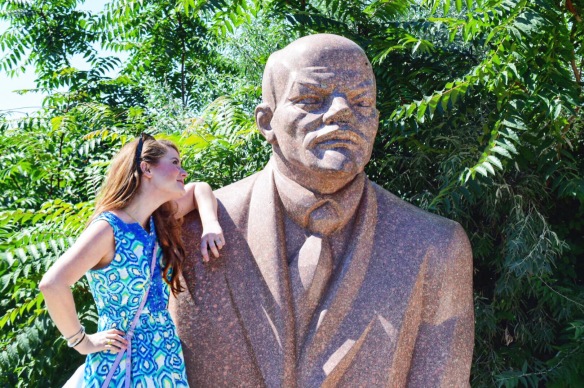 Hangin’ with Lenin in Memento Park

After the fall of Communism, Budapest had a dilemma: do we destroy the statues that represented oppression, while also encompassing an integral part of our history, or do we risk appearing sympathetic to communism by keeping them? As a solution, they moved many of the important statues to Memento Park, as a reminder to the citizens of Hungary while keeping them away from the main part of the city.

Dad became BFF’s with this Guy

I’ve studied a little art history in college, and seeing all the statues created in the Socialist Realism style was fascinating to me.  There’s also a bunker with an exhibit describing the Siege of 1956, as well as the process of ending communism in Hungary.  Though the day was hot and we were sweating bullets by the end of our trip, we all highly enjoyed walking around this park.

Travel Hack Tip: Instead of taking a cab or trying to figure out public transport, there’s actually a bus that will take you to Memento Park and back for a fee (includes admission price). Head to Deak Square near the Ritz Carlton Budapest about ten minutes before 11 AM and look for a small bus with “memento park” signs.  More information can be found here.

5.  Grab a drink at the Ruin Bars, and Walk By The Great Synagogue

Although the Jewish quarter lasted a mere three months in Budapest, the occupation of Nazis and the intolerance the Jewish population endured was staggering.  In that short time frame, over half of its inhabitants were forced into concentration camps; those that stayed faced starvation and disease. 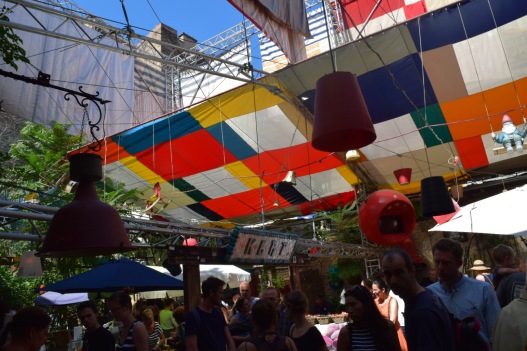 Farmer’s Market in a Ruin Pub

Though this neighborhood represents one of Hungary’s darkest days in history, the neighborhood is now seeing brighter days.  “Ruin bars” are really old abandoned homes that from the outside look like quiet residential homes…but the inside is covered in hip, funky decor.  These ruin pubs are all the rage right now, whether at night for drinks and dancing, or on the weekends for farmer’s markets. We loved bustling through the crowds to try some traditional Hungarian meats and cheeses.

Great Synagogue in the Jewish Quarter

While you’re in the neighborhood, be sure to also check out the Great Synagogue.  It’s a wonderful work of architecture, and inside is another curiosity: it’s actually built very similarly to a church!  The wonder never ceases in Eastern Europe.

What are your must-see sights from Hungary? Any other aspects of Hungarian life you’d like to hear on the blog? I’m up for the challenge!